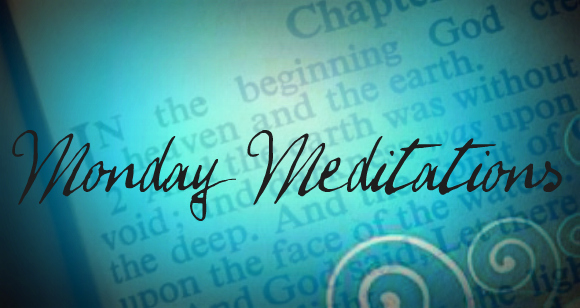 For God did not send his Son into the world to condemn the world, but to save the world through him.

Today I’ve chosen a very well known verse for our Monday Meditations verse.  But just because it is so well known doesn’t mean we have received full revelation of its meaning.

This verse states the actual and true meaning of why Jesus came to this earth in the form of a man.  It is a very simple one sentence statement that took an entire Bible to predict, experience and expound upon.

But let’s take this one verse and think about it.

The world is all the people, everyone, in the world throughout all history.  No one is excluded.  Sometimes as Christians we begin to feel we are part of some exclusive club and those ‘out there’ who are not enlightened are looked down upon.

But keep this in mind – EVERYONE is part of the world that God sent His son for.  So the next time you meet someone who is not in your Christian circle, don’t believe for one minute that God didn’t send His son for them.  He loves them, no matter what their lifestyle, as much as He does you.  NO buts…

And He did not come to CONDEMN them or you!  He came to save them.  He had a heart of love and compassion for them.

Sometimes I think we push more people away from the kingdom of God than we draw to the kingdom.  We are called as ambassadors to God’s kingdom and we are to love and NOT condemn.

The next time that you find yourself being critical of a person’s lifestyle or demeanor, remember that Jesus did not come to condemn them, but to love them.  If we condemn when Jesus did not, we are acting in direct opposition to what God himself ordained.

We know that it is the enemy who brings condemnation and guilt, not God.  It is really quite simple today.  Which camp are you in?  Will you love and uplift and extend grace to the entire world no matter their lifestyle or demeanor, or will you condemn as our enemy Satan does?  It is your choice.

As for me, today I choose to love.

One thought on “Monday Meditations – John 3:17”