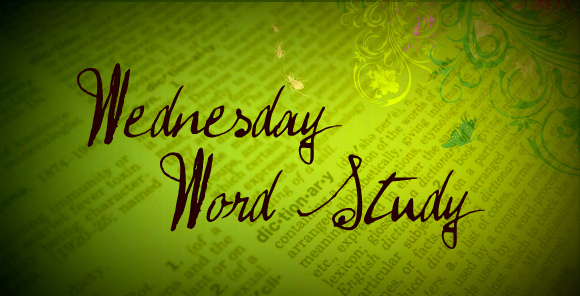 Acts 3:19
Now repent of your sins and turn to God, so that your sins may be wiped away.

This is the Strong’s Greek Concordance Number: 3340
Transliteration: metanoeó
Phonetic Spelling: (met-an-o-eh’-o)
Definition: I repent, change my mind, change the inner man (particularly with reference to acceptance of the will of God), repent.

When I first learned the true meaning of the work Repent I was very surprised!!  The church I had grown up in taught us that repenting was telling God you were sorry and that you wouldn’t do it again, then asking Him to forgive that sin.  It was usually a one-sided dialog where we repeatedly kept telling God out sorry we were.

It was usually accompanied by remorse and a sense of guilt, but because of the shame we never really allowed the Father to work on our heart.  It was if we kept Him at arm’s length while we babbled on about how sorry we were.

So the remorse, shame and guilt stayed and afterwards because we had not allowed ourselves to receive from the Father, we went away unchanged, untransformed and we made the same mistakes and operated in the same sin again and again.

But the true meaning is to ‘change your mind’!

I copied this from the Biblios website under the Strongs word section:

The phrase above “changed after being with” makes so much sense to me.  When we are with the Father after doing something wrong, we will change our mind and realize that what we did was wrong and that we should not do it again. Being with the Father will change our heart and when we leave His presence we will desire to be different and to do different than before.  If we will take our remorse, shame and guilt to Him and allow Him to reaffirm His forgiveness and love, we will see a new and better way.

Our selfish desires will fade away more and more as we go to the Father in repentance, but not just admitting a wrong done, but receiving His transforming grace, instruction and love in regards to the matter.

That would make sense.  If we previously thought it was a good idea, or if our selfish desires were leading us to that behavior, then we will change our minds and believe that it is behavior that is not beneficial to us or the kingdom.  Therefore we will strive to never do it again.  Being with the Father will change both our hearts and our minds.  His immeasurable love and grace will give us the power to live a Holy life.

But we must make the move to go to Him so that that change can occur.  We must take our mistakes, our sin, our missteps and deeds to Him so that He can reveal the truth of our behavior to us.  As He does, He will also show us His loving heart and that kind of love never fails.  It never fails to transform us into His image, little by little, day by day.